By Jeff Arownow: Caleb Plant suspects that the reason behind Canelo Alvarez acting aggressively, shoving and punching him during their kick-off press conference on Tuesday afternoon may have been a product of “roid rage.”

IBF super middleweight champion Plant (21-0, 12 KOs) was cut from a punch that Canelo hit him with during their face-off. Canelo maintains that he punched Plant because he called him a “mother-f****.”

Plant says thinks that Canelo doesn’t like seeing his self-confidence because many of the fighters he’s facing nowadays act beaten before they even get in the ring.

Is Canelo a hypocrite?

Plant questions whether that was true rationale out for why Canelo punched him, as says the Mexican star called Demetrius Andrade a “Mother f***” when he invaded his post-fight press conference last May.

For Canelo to be reacting with rage over being called a “mother f***” by Plant doesn’t make sense, given that he used that expletive for ‘Boo Boo’ Andrade. 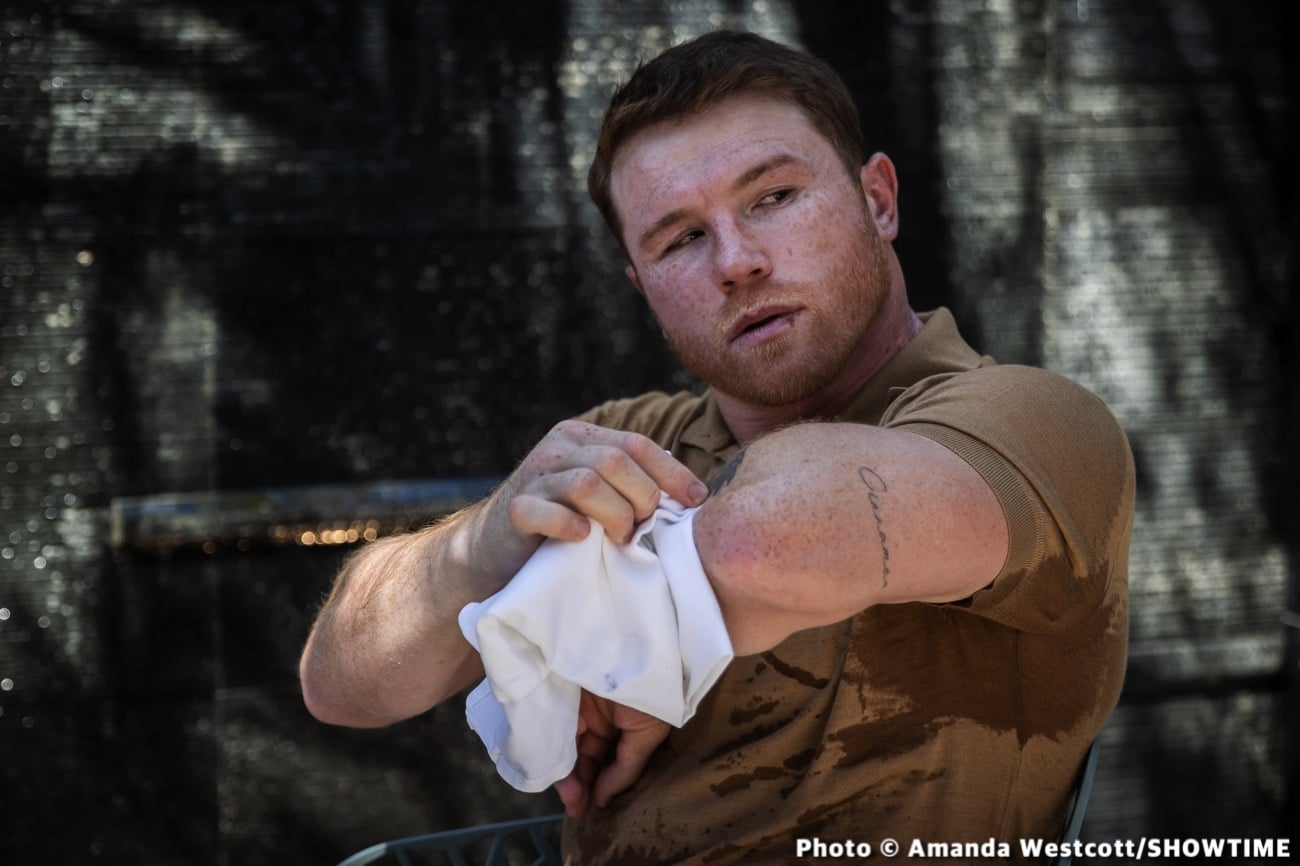 Plant surmises that behind Canelo’s decision to get violent was seething anger from the Mexican was him unable to cope with his trash-talking.

Caleb believes he hit a nerve with Canelo during the press conference with some of the insults he was firing at him.

Plant says his cut is fine

“It’s just a scratch from my glasses. I had my glasses on. So when he [Canelo] impacted on me, it scratched across the skin,” said Caleb Plant on being punched by Canelo during Tuesday’s press conference.

“My goal today was not to let him know I’m going to win. He was saying the same thing to ‘Boo Boo’ Andrade. ‘I’m going to kick your a** mother f****,’ but then when someone else says that to him, they’re talking about his mom?

“I don’t care what he brings to the ring. I’m focused on what I bring to the ring. The difference is I’m a better fighter, that’s the difference. On November 6th, if you want to see the details, tune in and see the fireworks.

Canelo talked a lot of trash too

“Because I feel like I’m going to win, am I supposed to come here and keep my fingers crossed and hope that I do well on fight night.

“I’m a winner, that’s why I’m here. My whole life, I’ve accomplished things way bigger than boxing. Things that would chew him up and spit him out, and any of you as well. I come out of here with my chin up. I’m a winner.  So watch and see.

“It seems like he was roid raging to me,” said Plant about Canelo. “I don’t know what he’s doing,” said Plant.